Private equity deal values hit an all-time high of $250.6 billion during the first quarter, spiking nearly 116 percent over the same period last year as competition for deals heats up.

Globally, the number of announced deals rose to 2,800, up 57 percent compared with Q1 2020, marking the strongest quarter for firms, by value and count, since 1980, according to data from Refinitiv.

Sources attribute the record pace of the asset class to pent-up demand following 2020’s temporary pause in activity, greater willingness to sell among target companies, an ever-expanding buyer pool and access to easy debt. These factors and others have created a perfect storm, leading investors, eager to put capital to use, to pay higher prices in a competitive market.

“Fast forward to 2021 and now you have a number of financial buyers [largely PE] meeting our price,” said Shawn Jackson, managing director at Auctus. The purchase multiples are up by two times the targets’ EBITDA, he said.

“There are so many capital providers chasing a limited number of deals, everyone is not going to be able to find a chair,” he said.

It’s not only the urgency among PE investors to make up for lost time that contributed to the deal flow last quarter. Some companies are also more willing than ever to sell.

“We’ve had several multi-generational family-owned brands who have told us over the years, ‘Thanks for staying in touch, but we will never sell our company or bring [in] outside capital,’” said David Howitt, CEO of financial advisory firm Meriwether Group. “They are now calling us to find the right partner at the right valuation.”

For Howitt, the acceleration in deal activity is surprising, but it simply corroborates what he has already been seeing in the market: Business owners want to share the risk ahead.

“Cost of labor, rent and goods are increasing while clients are unable to raise cost of service,” Howitt said, pointing to troubling inflationary waves ahead.

Other companies – especially those in the tech arena – are encouraged by the strong valuations they see in the stock market.

Jackson, for example, reached out to a technology company about five months ago that wasn’t interested in going through a sale process. But valuations of publicly-traded tech companies ultimately got the seller interested. “They called me three weeks ago,” Jackson said.

In recent times, public market competition has been driven by special purpose acquisition companies, which according to SPAC Research have raised over $97.4 billion year-to-date – topping all of 2020.

InTandem Capital Partners’ Cano Health, which originally planned to pursue a classic PE buyout in the $1 billion to $2 billion range, as reported by PE Hub, was snapped up by Barry Sternlicht’s Jaws Acquisition Corp. last year at a $4.4 billion enterprise value.

The 110 SPAC business combinations during first quarter of 2021, totaling US$232.1 billion, made up 17 percent of the $1.3 trillion M&A activity marked globally, according to Refinitiv.

While SPACs continue to pay big bucks, Brenda Rainey, managing director at Bain & Co., considers them as additional players in the deal market as opposed to competition to PE. “SPACs won’t displace PE deals; they are not always competing for the same players [targets],” she said.

To the extent investors can prepare for a possible market correction – be it inflation or tax changes that drives it – PE will prove to be resilient, Rainey said. 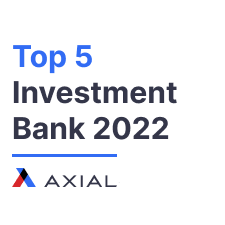