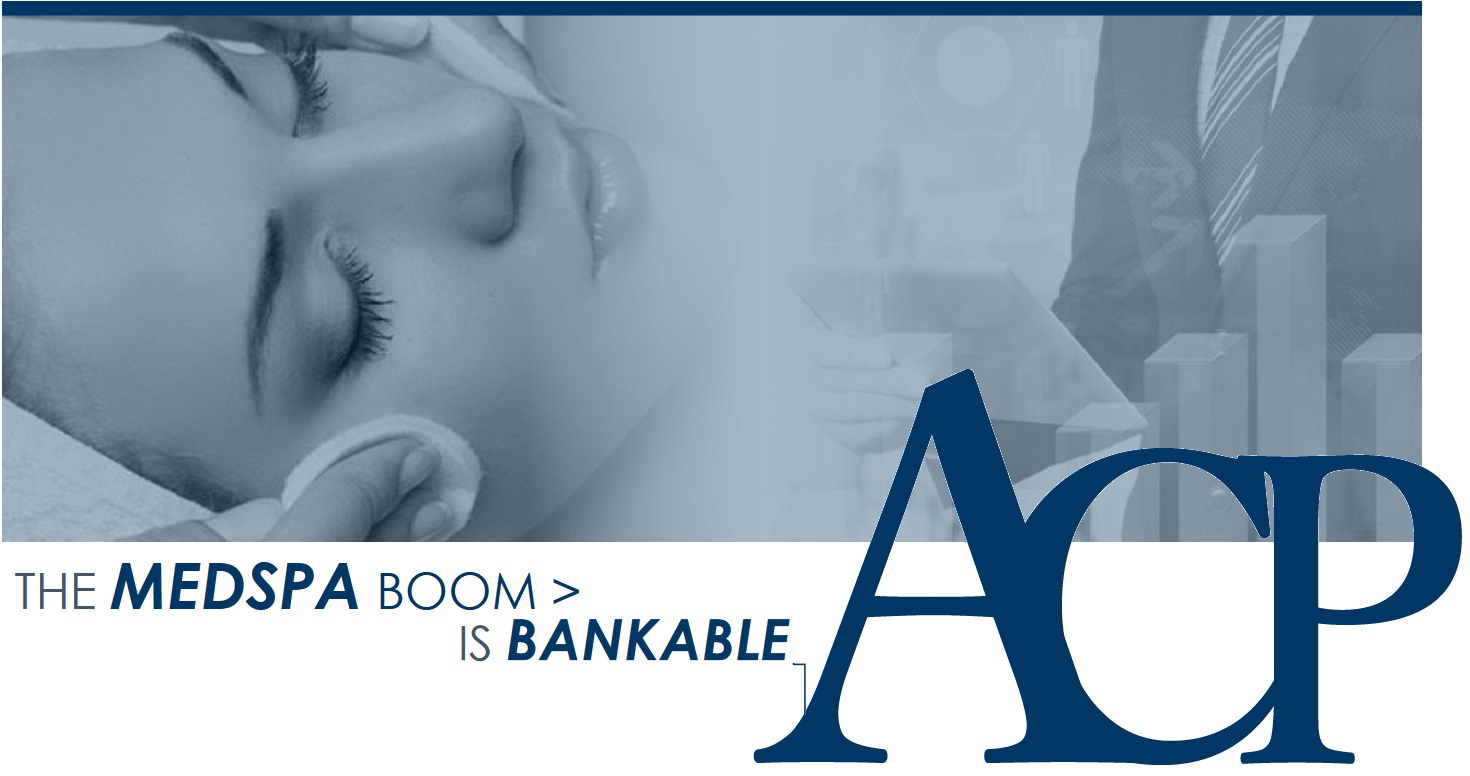 The Medspa Industry is Booming —and growth shows no signs of slowing in the foreseeable future, especially as more investors look to take advantage of what is now a more than $8 billion industry. 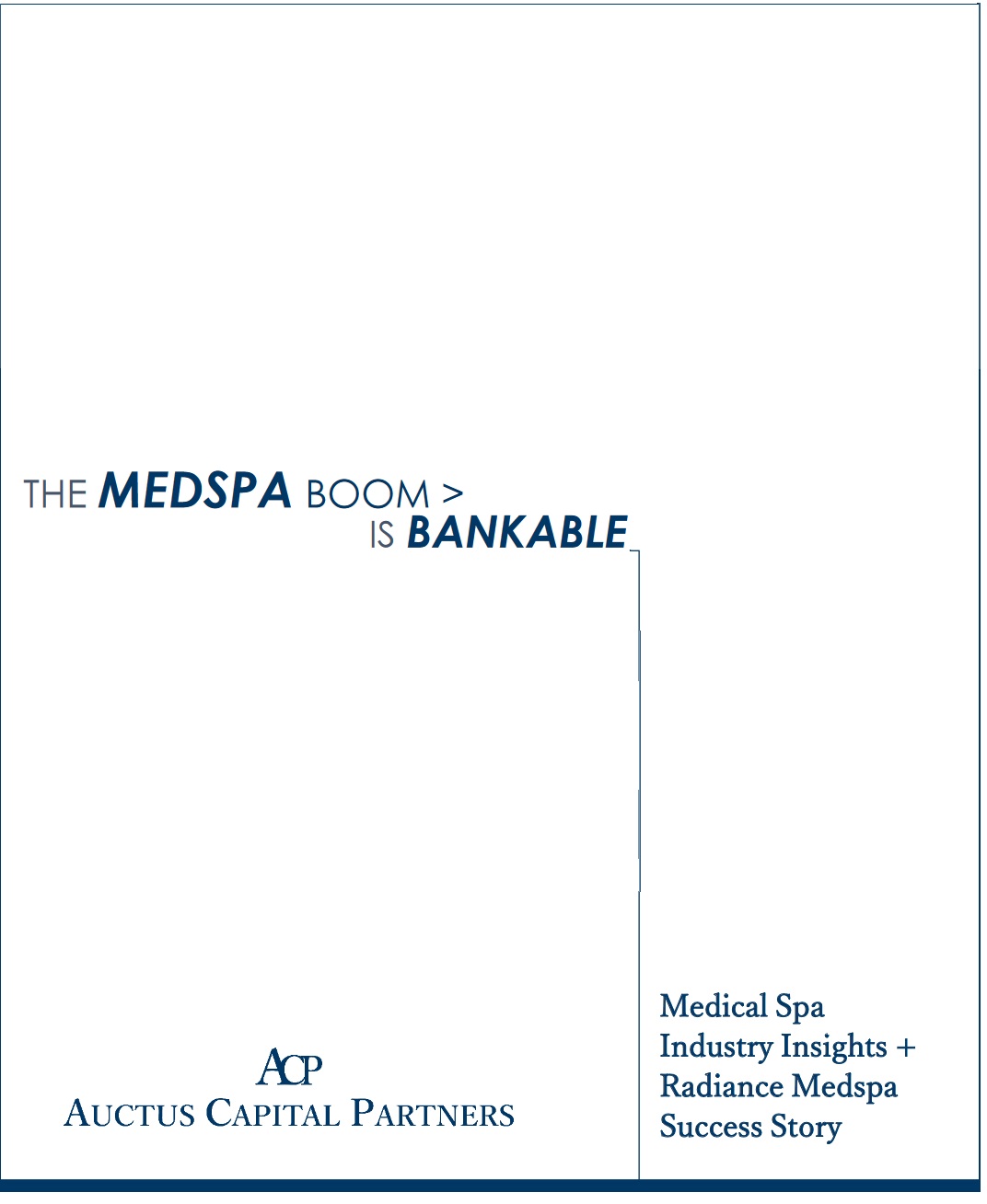 In fact, the medical aesthetic industry—which is not to be lumped in with cosmetic dermatology or plastic surgery —is arguably the fastest growing segment in healthcare, experiencing double-digit growth since 2010, and more than 20% year-over-year revenue growth since 2013. Medspas (also called medispas) offer such medical treatments as Botox injections and laser hair removal in a luxurious environment rather than a doctor’s office (see medspa definition and more research from AmSpa).

Driving this growth is demand for minimally-invasive, non-surgical cosmetic procedures among all demographics —including millions who have joined the self-care movement, seeking solutions for beauty and anti-aging through a wave of new technology, and safer and more effective treatments. This includes more than 184 million spa patients (according to PwC) who visit more than 5,430 medical spas, andspend on average $460 per visit.

Although medical spas have been growing in number and sophistication, success is due in part to a resurgence created by medical professionals and doctors who came together when the industry first evolved from seemingly a trend into its now staple in modern health.In fact, the medspa boom had become a bust for many in the mid-2000s who were met with a range of challenges related to build-outs, state-by-state regulatory changes, as well as franchisers misrepresenting a complex business as a turnkey operation without much-needed support.

This scenario played out to a tee for Stephanie Schlageter, owner and director of Radiance Medspa, whose business endeavor is widely recognized as a success story.

In the mid-2000s, she joined the rush of entrepreneurs entering the emerging space, but shortly thereafter found herself in a difficult position as a result of a franchisor who abandoned the company and investors. Startup challenges included overestimated revenue projections and underestimated start-up costs and working capital requirements, as well as unrecovered franchise fees.

Instead of cutting losses and closing,like many of the other franchisees, Schlageter persevered and took advantage of trends, technology and her savvy business mentality to bootstrap to profitability, with continued success through the recession.

“During the startup of a medspa, your time and money —including equipment spend —must be managed efficiently,” said Schlageter. “Even a small mistake can cause significant financial setbacks. However, if strategically executed, the business can lead to great satisfaction for patients and worthwhile financial gains.”

Over the years, Radiance Medspa established its brand and customer base; acquired equipment, technology and resources necessary for medical aesthetic skin and body care. The company is now ranked in the top 200 BOTOX® and JUVÉDERM®facilities in the US, as well as named on the Inc. 5,000 list of America’s Fastest Growing Companies three years in a row.

“I came to Auctus Capital Partners seeking help to increase profits and expand business. I was looking for ways to improve upon my current cash flow and position my business for growth through expansion.” —Stephanie Schlageter, Owner & Director of Radiance Medspa

Becoming a Category Leader —The majority of owners(83%)operate only one location, so growth is largely driven by new entrants. To stand out in highly saturated markets (such as South Florida), medspasmust focus on innovation and enhancing the experience and outcomes for patients, including the rapidly expanding categories of younger people and men.

In fact, aging millennials are who are now in their prime income-earning years are visiting medspasat astonishing rates. However, people ages 35 to 54 still have the most procedures performed, accounting for half; with people age 55 and older ranking second, accounting for about one-third (according to ASAPS and AmSpa).

“The team at Auctus analyzed operations, financials and business strategy to identify pain points and opportunities,” Schlageter noted. “From this, they were able to develop a strategy to address both my short-term and long-term business needs and they reached out to multiple sources of capital to secure the funding structure and terms that suited me and my company.”

“We are extremely impressed with Auctus Capital Partners. Its team offered services and counsel far beyond the capital raising transaction, guiding us to a pivotal position for growth and financial turning point for the company.”—Stephanie Schlageter, Radiance Medspa

“We are thrilled to be working with women in business and it was a pleasure supporting Radiance Medspa,” said Muhammad Azfar, CEO and Managing Partner of Auctus Capital Partners. “Radiance is set up for great success and can now devote increased cash flows to expansion and take advantage of opportunities in the medi-spa space.”

Auctus is a licensed business broker in the state of Illinois.